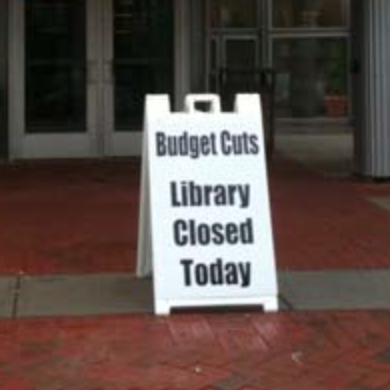 Here's an interesting question for you to ponder: are libraries in affluent areas (suburbs) more dangerous than libraries in poor areas (disadvantaged urban)?

I have formed a theory that goes something like this:

* Wealthy communities have more funds than they know what to do with, so they pay library management ridiculously large salaries. Example: Orland Park (an affluent southwestern suburb of Chicago) has a library director who makes $189,000/year. That is more than the governor of Illinois is paid. A poor community could never afford to pay a director a salary of $189,000/year. The poor communities have directors who make $60,000/year or so.

* The directors who command salaries like $189,000/year are likely to be radical leftists who toe the ALA's line. These are typically white women who are Baby Boomers and who believe their real mission as a director is to be involved in the ALA's political agenda to "transform communities by transforming libraries". These radicals only seek the highly paid positions…so libraries offering huge salaries for directors end up with one of these rich, white, radical leftist women as a director.

* Poor libraries can't afford one of the rich, white, radical leftist women as a director…and the people who will work for $60,000/year are not people who seem themselves as committed leftists. The people who work for $60,000 can't afford to be so committed to the ALA's political agenda and perhaps they don't see any value to them or their communities to listen to the ALA. There's also a more diverse pool of talent at this level, where the directors are not all white, leftist women. Black library directors exist at the $60,000/year level and it's been my experience that the black and other minority library directors and staff do not tolerate any sexual misconduct or abuse in their libraries. It's only the white, rich, radical leftists who take pride in looking the other way when illegal activity occurs in their libraries. Minority directors DO NOT seem to believe it is part of their mission to allow this garbage to keep happening.

* The affluent communities end up with directors who feel they prove they are enlightened for looking the other way when illegal activity occurs in their libraries, because they want to be so "enlightened" that they allow sexual activity in their libraries as proof that they are not "judging" the people who are using the library as a place for sex. The poor communities in contrast get directors who don't put up with any of this garbage and instead view the people having sex in libraries and doing other illegal things as a problem they want to stamp out.

Has anyone else noticed this?

Do you see how the affluent suburbs acquire radical leftists who want to make some sort of demented point by allowing crimes to be committed, because they feel they prove they are "enlightened" for not wanting to judge the people committing the crimes?

Do you see how the poorer communities are blessed to have directors who have a zero tolerance for crime in their libraries, since these directors do not have the idle free time and the hubris that comes with sky-high salaries (which alienates the rich, white leftists from reality)?

Employing ALA acolytes in library management positions has the consequence of creating libraries that allow sex crimes to occur and dangers to children to multiply.

My suggestion is to keep library director salary at around $60,000/year, then maybe the rich, white, leftists who occupy the $189,000/year positions will no longer want to work in libraries—and the negative influence that these women have on communities will be eliminated.


URL of this page:
librarians.cc/2015/02/are-affluent-libraries-more-dangerous.html