Librarians, here is a possible chance to speak directly to the EEOC about your libraries.  And I'll do it for you if you wish to remain anonymous.

WASHINGTON - The U.S. Equal Employment Opportunity Commission (EEOC) announced today that it has voted to release for public input a proposed enforcement guidance addressing unlawful harassment under the federal employment discrimination laws. The proposed Enforcement Guidance on Unlawful Harassment is available for input until Feb. 9, 2017 at https://www.regulations.gov/docket?D=EEOC-2016-0009.


This proposed guidance, which is the product of extensive research, analysis, and deliberation, explains the legal standards applicable to harassment claims under federal employment discrimination laws. The laws enforced by EEOC protect individuals from harassment based on race, color, religion, sex, national origin, disability, age, or genetic information.
....
"Harassment remains a serious workplace problem that is the concern of all Americans. It is important for employers to understand the actions they can take today to prevent and address harassment in their workplaces," said Chair Jenny R. Yang. "The Commission looks forward to hearing public input on the proposed enforcement guidance."

Remember, ALA will not help you because it is the cause of the problem:


Should I respond, I'll post my response in a future publication here.

Should anyone wish to respond anonymously, send me what you would like to submit and I'll submit it for you while omitting your identity, contact information, and any substantive information that might identify you.

Posted by SafeLibraries® at 11:44 PM No comments:

The Dog Not Barking: Sexual Harassment of Librarians 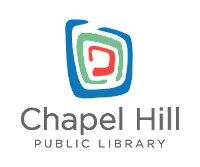 I want my readers to understand the American Library Association [ALA] intentionally hides the dog not barking when it advises local communities, namely, the sexual harassment of librarians and library employees.  I provide as evidence a recent news story where ALA is misleading yet another community, potentially leaving its library employees and librarians to work in a sexually hostile work environment.  Instead of writing more, read the letter I am sending to the library, local government and local media:

I’m Dan Kleinman of SafeLibraries and I have information for you, the library board, and the town council to consider regarding library Internet filters and how they are negatively portrayed by the American Library Association [ALA].  My opinion will be based on over a decade of my activity in this area and on the Durham Herald-Sun article entitled, “Chapel Hill Town Council to Ponder Online Filter at Library,” by Tammy Grubb, 7 January 2017 ( http://www.heraldsun.com/news/chapel-hill-town-council-to-ponder-online-filter-at-library/article_9e8aea20-d513-11e6-b7ed-0bbaff37e801.html ).  When linking to sources on my own publications, I merely provide a convenient means to present primary source material for your consideration, such as the video of a library employee speaking out about the sexual harassment she suffered as a result of the library’s adherence to ALA policy that allowed a hostile work environment instead of adhering to the law; management told her don’t let the door hit you on the way out if you don’t like it.

First, a member of the Federal Communications Commission [FCC] has said library Internet filters work well and libraries not using them should reconsider past decisions to not use them.  I have written about this here: “FCC: Library Filters Work, Having Them is a Community Decision, and Libraries Should Revisit CIPA Filters Due to Technological Advances” ( http://safelibraries.blogspot.com/2014/08/visser.html ).

Second, former American Library Association President Carla Hayden, testifying before US Congress before being confirmed as Librarian of Congress, said filters work well and libraries should block Internet pornography.  I have written about this here:  “Librarian of Congress Nominee Carla Hayden Misleads Congress But Speaks Truth About Filtering” ( http://safelibraries.blogspot.com/2016/05/carla-hayden.html ).

This is remarkable as just a week before ALA wrote in the Huffington Post that filters block “breast cancer.”  Only when forced into it on an NPR affiliate did the truth come out.  This is a 100% turnaround in only a week, and it only came about only after ALA was publicly challenged.  This is an example of why ALA refuses to participate in any public challenges of its harmful policies (but is happy to have the media blindly repeat them).

Fifth, ALA uses a disgraced expert to claim filters do not work.  It even touts a recent report it had drafted on the topic, but the author of that merely cited to the disgraced expert’s work.  This is of relevance since ALA is now misleading your community on this point.  As the Durham Herald-Sun article states, “The association notes the software can be unreliable, blocking too much or too little content, and letting experienced computer users circumvent the filters.”  That comes from the disgraced expert.  You see, her work was conducted many years ago, at a point when filters really did cause trouble.  But times have changed, as the FCC and the Librarian of Congress have noted.  The disgraced expert’s work has not been updated.

And I say disgraced because she is the only member of a three person team who did not apologize for making false claims of sexual harassment against a fellow librarian.  After a year and a half of harassment by those librarians, the man lost his career.  Two of the librarians admitted they lied and apologized, but ALA’s disgraced filtering expert never did, likely because that would call into question her false claims about library filtering, and she’s ALA’s one and only expert on the subject.  I have written about this here: “TeamHarpy Faked Sexual Harassment, Hurting True Efforts to Stop It” ( http://www.librarians.cc/2015/03/teamharpy-faked-sexual-harassment.html ); “RIP Nat Hentoff: He Exposed the Shame of the American Library Association” ( http://safelibraries.blogspot.com/2017/01/rip-nat-hentoff.html ).

So, literally, ALA is misleading your community to think filters do not work based on old research by a woman who destroyed a man’s career with false claims of his being a “sexual predator.”

In a more insidious way of misleading your community, ALA is not advising your community that library filters have vastly improved and even the FCC and the Librarian of Congress now say so.

One can sense the reporter at the News & Observer could smell a rat since the next paragraph points to another library having no trouble at all with filters: “The Orange County Public Library hasn’t had any problems with its software, in place for several years, director Lucinda Munger said. The filters meet the minimum requirements, which can let offensive materials slip through, she said.”

ALA has bullied its law-defying ways into many libraries.  Much harm has resulted from that, including the sexual harassment of librarians that ALA says never happened and never will.  I have written about this here: “Sexual Harassment of Librarians Never Happens; Child Pornography is Intellectual Freedom” ( http://safelibraries.blogspot.com/2014/12/sexual-harassment-of-librarians.html ).

Indeed, ALA does not advise that a lack of Internet filtering can lead to legal actions against libraries and municipalities.  It’s like the dog not barking.  I would think knowing a lack of Internet filters may increase liability risks for taxpayers may be of interest to decision makers.  ALA is promoting its own policy by leaving out that libraries might be sued over sexual harassment caused by Internet porn-viewing patrons.  But such harassment occurs frequently and victims are often afraid to speak out.  Here’s a library employee/victim who spoke out, only after eight years after she quit, and I present video and a transcript: “Library Insider Linda Zec Gives Scoop on Porn in Libraries” ( http://www.librarians.cc/2015/01/linda-zec.html ).

Hopefully the words of the FCC and the Librarian of Congress will guide you instead of the misleading diktat of the ALA that is in part derived from an outdated and disgraced expert who lied and thereby destroyed a man’s career.  Hopefully you’ll think about what I said and decide to comply with the law and community standards, let alone common sense, instead of with ALA’s intentionally deceptive diktat.

The town voted down the filters claiming, falsely, that certain words will prevent finding medical information: "'Certain words can cause you not to see an entire website that might have medical or pertinent information that you're researching,' said Chapel Hill Mayor Pam Hemminger:
Well she's wrong, so I commented as follows:

"'Certain words can cause you not to see an entire website that might have medical or pertinent information that you're researching,' said Chapel Hill Mayor Pam Hemminger."

That is openly false and has been for years.

Any harm that results from unfiltered Internet computers, including s3xually harassed librarians and library employees, can now be laid directly at the feet of the Chapel Hill government. That government should then be sued, as others have, to the full extent of the law. That mayor should be sued personally as well.

Anyone reading this in the future needing help suing for damages, please contact me.

That lady should be thrown out of office at the next election and replaced with someone who will comply with the law, common sense, and community standards.

Evidence of community standards is as follows, a poll showing 84% favoring pornography filters:

Should public libraries have pornography filters on their computers?
— ABC11 EyewitnessNews (@ABC11_WTVD) January 24, 2017

I'm considering using FOIA to find out what led this awful government to do exactly what the ALA wanted instead of what the community wanted and what the law states.

I have filed the following FOIA request:

This FOIA request seeks all communications in all formats (letters, emails, social media messages private and public, tweets, audio recordings, etc.) sent to the government and responses from the government that pertain to the decision, laws relating to public libraries, or any other topic related to the decision, including communications to/from the library director, anyone else locally, anyone else nationwide, any group such as the American Library Association, or any filtering supply company.  No one should be excluded.

I also ask for all notes taken by the government as a result of reading or participating in the various communications, whether handwritten or electronically recorded, and for all written or verbal/audio directives to destroy such notes no matter who or what group made the directive.

I am not asking for attorney-client privileged information.

If any information is withheld on the basis of attorney-client privilege, please identify the name and address of the person having entered any attorney-client relationship with the government.

Certainly the decision by the government was not made in a vacuum.  I know I, for example, sent you information on the issue.  I expect that to be including in the other information included in the FOIA response.  It’s only a single email from me and perhaps a tweet or two from @SafeLibraries so this should not be burdensome in the slightest.

The information returned under this FOIA will be published by me on SafeLibraries and/or on Sexual Harassment of Librarians after my investigation.  This is a matter of public importance and public safety, so please waive any fees.

I request that where possible the documents provided in response to the FOIA request be made available in PDF format, and all audio recordings be made in common audio formats such as MP3.  All should be provided as attachments to an email sent to SafeLibraries@gmail.com.

Thank you very much.