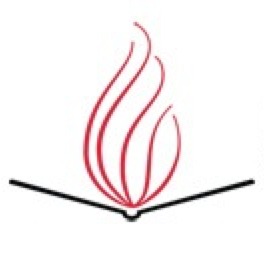 Leroy Junior Moore filed this action pro se against the Birmingham Library ("the Library") alleging what the court construes as a violation of his freedom of speech and due process rights under the First and Fourteenth Amendments. … Basically, Mr. Moore contends that the Library expelled him from its premises without just cause and/or because it concluded falsely that Mr. Moore distributed religious materials to its employees and patrons. … The Library has moved for summary judgment contending that it expelled Mr. Moore because Mr. Moore purportedly engaged in disruptive behavior, in part, by sexually harassing its employees. … Mr. Moore also subsequently filed a cross motion for summary judgment, …, albeit 22 days after the court's deadline, see doc. 37, contending that the Library had no legitimate basis to ban him from its premises. Both motions are fully briefed, …, and, after carefully reviewing the contentions in this case, unfortunately for Mr. Moore, he has presented no evidence to support his claims. Accordingly, for the reasons set forth below, the court GRANTS the Library's motion, DENIES Mr. Moore's motion, and DISMISSES Mr. Moore's lawsuit.

I.  SUMMARY JUDGMENT STANDARD OF REVIEW
…

Mr. Moore regularly patronized the Birmingham Library's main branch located at 2100 Park Place, Birmingham, Alabama. … On or about May 2, 2011, a Library employee, Jiemin Fan, filed a harassment complaint against Mr. Moore alleging that, over the prior six months or more, Mr. Moore had regularly passed her notes expressing his interest in knowing her personally and asking her out on a date. … Fan also stated that Mr. Moore called the Library on several occasions asking to speak to her and that he engaged her in inappropriate conversations. … Fan told Mr. Moore she was flattered but that she was not interested and that he needed to stop. … According to Fan, Mr. Moore interfered with her ability to work, and that of her coworkers. … Mr. Moore denies engaging in this alleged conduct. …

After Library Chief Security Officer Mike Lee investigated Fan's and Branch's complaints, Lee informed Mr. Moore that the Library would ban Mr. Moore from its premises if Mr. Moore continued to disturb the Library's employees and patrons. … Mr. Moore apparently did not heed the warning because Fan filed another complaint against him on June 24, 2011 when Mr. Moore came to the Library seeking to talk to Fan and allegedly solicited another Library patron to talk to Fan. … Fan stated that "[i]t is obvious that Moore has problems. Security needs to be alerted of Moore/his issues, and take necessary steps to handle the matter." … After investigating Fan's complaint, on June 28, 2011, the Chief of Security banned Mr. Moore from the Library for six months for violating the City's sexual harassment policy by harassing employees and for disrupting the employees and patrons use and enjoyment of the library. … Thereafter, on September 21, 2011, the Chief of Security recommended that the Library's Director, Renee Blalock, extend the expulsion to a full year due to an increasing number of "disturbing" phone calls Mr. Moore had allegedly made to the Library staff. … Consequently, on November 8, 2011, the Library extended Mr. Moore's expulsion an additional three months. … Blalock attempted unsuccessfully to contact Mr. Moore on November 28, 2011 to inform him that he could return to the Library no earlier than March 27, 2012. …

On February 24, 2012, Mr. Moore entered the Library and allegedly began cursing and talking loudly. … The Chief of Security called the police and subsequently had Mr. Moore arrested for trespass and disruptive behavior. … The arrest report states that Mr. Moore "was trespassed from the Birmingham City Library after being accused of making improper advances to employees in the Youth Department. Today [Mr. Moore] returned to the Library[;] after being told to leave he refused, at that point he was arrested and transported to the City Jail without incident. The advances were sexual in nature and [Mr. Moore] also wrote letters to the employees even after he was [banned] from the Library." … The Library contends that Mr. Moore violated its policy prohibiting disruptive behavior towards the Library's patrons and employees. … Mr. Moore denies violating the Library's policies and maintains that he never engaged in the alleged conduct.

B. Due Process - Fourteenth Amendment Claim
…

Mr. Moore has presented no evidence that the Library's policies prohibiting sexual harassment or disruptive behavior inflicted unreasonable discriminatory injury upon him. Rather, the evidence presented shows that the Library acted justifiably in enforcing its policies against Mr. Moore. Indeed, as the Library pointed out, the Supreme Court found that "[a] State or its instrumentality may, of course, regulate the use of its libraries or other public facilities. But it must do so in a reasonable and nondiscriminatory manner, equally applicable to all and administered with equality to all. It may not do so as to some and not as to all." Brown v. State of La., 383 U.S. 131… (1966). Based on the evidence before this court, the Library acted reasonably and in a non-discriminatory manner. Accordingly, in light of Mr. Moore's failure to support his claims, the Library's motion for summary judgment is GRANTED.

Based on the foregoing reasons, Mr. Moore failed to establish a claim under the First or Fourteenth Amendments. Therefore, the Birmingham Library's motion for summary judgment is GRANTED, and Mr. Moore's motion is DENIED. This case is DISMISSED with prejudice.