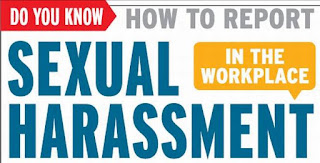 Librarians may now report sexual harassment by library patrons via a secure and confidential email to SafeLibraries@pm.me.  Security is provided by ProtonMail.  Confidentiality is provided by me.  I will then take your report, edit it for anonymity, then post it here for others to see.  When enough people see this as the big problem it is, only then will something be done.  It's why American Library Association's [ALA] Office for Intellectual Freedom [OIF] counts fake book "bans."  No one counts real incidents of sexual harassment of librarians caused by viewing of inappropriate material on library computers.

Be clear the purpose of this is to provide space to be heard anonymously on this topic.

I realize I have detractors who will be very vocal precisely to stop people from reporting on this topic.  The less is known the better for those who cause the problem in the first place.  So to email me you'll first have to get over the fake news about me.

Recently a prominent librarian trainer said about me, after I suggested he raise the issue of sexual harassment at the ALA Midwinter meeting #alamw19, that I was "a dumpster fire of a human being" and I have "shitty behavior because [I'm] a bad person."  "You don't care about the issues you raise. You only care giving your otherwise meaningless and pathetic life some kind of meaning."  This is the kind of headwind you'll have to set aside should you decide to contact me with your stories no one else will hear but for me.

ALA certainly will not hear nor publish your stories.  The former leader of OIF, James LaRue, said it's "dubious" any librarians are ever sexually harassed, and the current acting director of OIF, Deborah Caldwell-Stone, Esq., said librarians have never been and never will be sexually harassed by library patrons viewing inappropriate material since such cases are so hard to prove.  See:
And that's exactly why ALA doesn't want to count the incidents or publicize them.  But I will.

I'll take your reports and publish them here at "Sexual Harassment of Librarians" for all to see, all while maintaining your security and confidentiality.  Publishing these stories will effect positive change.  On the other hand, ALA says, almost literally, "nothing to see here, move along."

The same man who attacked me as indicated above also mocked my efforts to stop sexual harassment.  He said, "there are dozens of people working on those issues."  We all know that is false because the problem never ends.  Yes, a few raise the issue of sexual harassment of librarians by other librarians or in other contexts having nothing to do with patrons viewing unfiltered computers, but I am the only one who addresses the source: OIF pressuring libraries to provide unfiltered access.  The problem never stops precisely because no one talks about it and it's a job ender if you do.  Example:
Several librarians have been told if they don't like working in a sexually hostile environment caused by unfiltered computers made possible by OIF policy guidance, then don't let the door hit them on the behind on the way out.  My first ever post on this publication four years ago to this month was about exactly one of those situations.  See and hear in her own words:
That library employee took eight years to get over her fear of her library director who followed OIF advice.  I'm hoping my secure/confidential platform will eliminate the fear completely.  (And it's my reporting solid evidence like that video that makes me so hated by those in OIF—and loved by librarians who support me silently.) 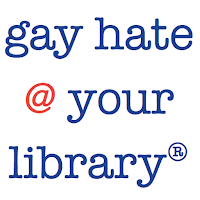 My coauthor Kevin DuJan and I are working on a research project documenting sexual harassment of librarians and what can be done to correct this problem.  Mr. DuJan is a gay researcher and author who studied the ALA's abuses and wrote about it in "SHUT UP!: The Bizarre War that One Public Library Waged Against the First Amendment," after he was attacked by the library for being a "fag" and so on because he exposed crime at a public library, which led to Linda Zec finally coming forward after eight years to describe her sexual harassment ordeal and how her management following OIF guidance treated her.

Librarians even attack other librarians (besides myself) who dare try to spread the word about the harm being done.  See:
So set aside the naysayers and I'll anonymously publish here what you send me at SafeLibraries@pm.me.  It may even be used in our book.  Times up should mean times up, not let it slide because we're afraid of ALA OIF who tells us our patrons should be allowed unfiltered Internet access and working in a sexually hostile environment is just part of the job.

URL of this page:
librarians.cc/2019/01/librarians-report-sexual-harassment.html